Jeff Owens was born August 10, 1960 and born again at the ripe “young” age of 16 and he felt the call of God on his life to preach that very same year. Before the age of 17, he found himself preaching or teaching the Bible on the average of eight times a week. He started serving in his local New Testament church as an unpaid assistant Pastor at the age of 17; overseeing and running the bus program and the teen program.  After graduating from high school at the age 17, off to Bible College he went! His speaking schedule has remained very full over the last 42 years, tallying a grand total of 38,000+ sermons being delivered for the cause of Christ to well over 750,000 people.

After many years of college and seminary study, he found himself having received five different degrees and diplomas. At one of his graduation times, he graduated with honors and received the Sword of the Lord’s Award of Evangelism from Dr. Curtis Hudson. This award was given to one Christian college student per year in the United States of America for their personal evangelistic accomplishments.

At the time of his final college graduation the First Baptist Church of Hammond, Indiana and home of “The Worlds Largest Sunday School,” pastored by Dr. Jack Hyles, Jeff was hired as a full-time assistant pastor for this great church. His Alma Mater, that was led by its then President Dr. Wendell Evans, simultaneously hired Bro. Owens as a professor at Hyles-Anderson College. Through the many years that followed Jeff was promoted through the ranks to the office of vice-president and it was clear that the mantle of the presidency of the college would be placed upon him. He spent a total of 18 years serving in the great ministries of First Baptist Church of Hammond, along side and under the leadership of Dr. Jack Hyles. 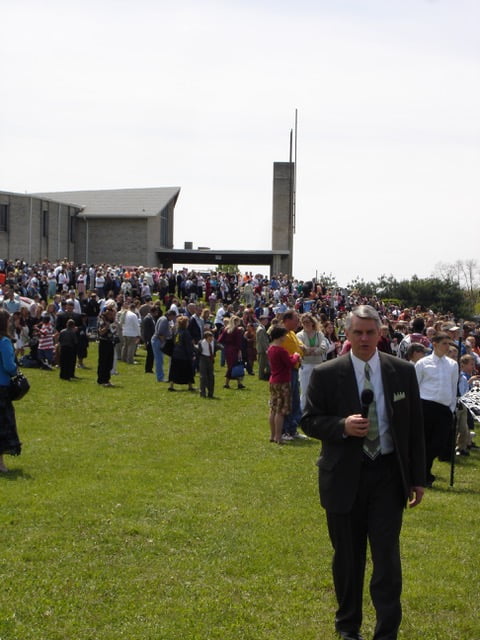 While working in the ministry of the First Baptist Church he also overseen a specialty ministry called the Bible Club Ministry. It reached into the public schools and in its prime conducted these preaching clubs in 34 different public schools throughout the Chicago-land area. Thousands of salvations were recorded in the Lambs Book of Life during these years. He also started a young married couples Sunday school class, with a base attendance of two (He and his dear wife!). The opening day found 14 people in attendance at his last days of being teacher there were over 500 people in regular attendance of that one Sunday school class. It was quickly rumored as the largest young married couples Sunday school class in the world at that time. Along with leading in various ministries in this great church, Bro. Owens also helped to administrate their yearly budgets. While serving at Hyles-Anderson college, Dr. Owens found himself preaching annually for their National Youth Conference, Bus Conference, Educator Conference, Ladies’ Conference and Pastor’s School. Dr. Owens resigned his work at HAC and First Baptist Church shortly after the death of Dr. Jack Hyles, desiring to follow the call of God for him to pastor.

Dr. Owens felt God had called him to take a struggling church in Martinsburg, West Virginia. The Shenandoah Bible Baptist Church was averaging a few hundred people when Dr. Owens arrived to become their new pastor in 2002. Many would describe the next 11 years of ministry as a “miracle ministry.” The church grew rapidly and strong. Prior to Dr. Owens’ arrival to SBBC this church had filed bankruptcy. He and his fine staff brought the church to financial success and overcame the bankruptcy cloud. The 25 acre property was highly developed under Dr. Owens ministry. One building alone that he led them to successfully build was a 25,000 square foot Educational Building. This ministry would average approximately 3 million a year in income. Before his resignation the church had exceeded the $2 million mark of funds given to foreign missions. While there he founded the Old Paths Baptist College of which he became president. His staff grew from 10 people to 51 full and part-time employees. Having started with nine Sunday school classes in 2002, his last year as leader of this great ministry there were 85 different Sunday school classes that had been organized; 24 of which were adult classes. He hosted and founded three national conferences that were conducted each year throughout the life of his ministry at SBBC. His heart for the bus ministry led him to purchase and run 20 bus routes to the area. They had a total of 24 church buses and vans all of which were paid for in cash and debt free. On the 10th anniversary there we nearly 2,700 people in attendance on the property with over 600 people trusting Christ as Savior in that one church service alone. Dr. Owens resigned this church and went into full-time Evangelism for fourteen months due to God’s leading.

Throughout the course of his ministry he has traveled in Evangelism across the nation and around the world conducting revival meetings and conferences. He has Spoken in 48 states and several foreign countries. He is the author of 10 Different books and 52 other products made available to the public through his ongoing ministry, Owens Publications. It can be viewed at www.owenspublications.com. Without exaggeration, virtually hundreds of thousands of people have utilized the free sermons and other products this ministry has made available. 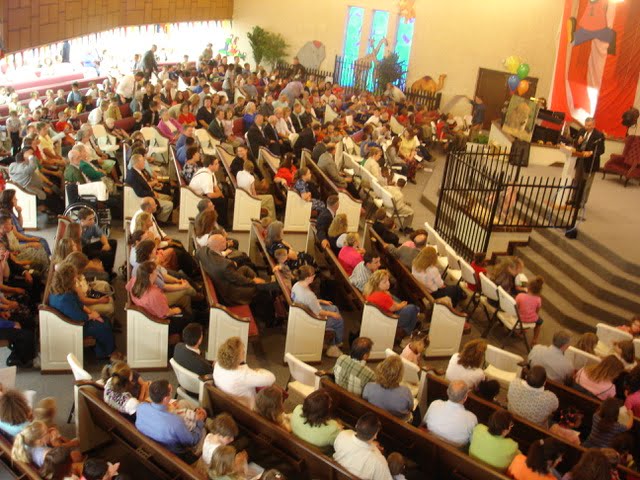 After his resignation at SBBC Dr. Owens found himself taking another church that was strong doctrinally but struggling numerically. Twin Rivers Baptist Church of New Bern, NC. This dear church family became his next challenge and opportunity. After nearly five years at this church the attendance has more than quadrupled and the financial intake has multiplied incredibly. Thousands are being saved and again God’s power and blessing is evident. They recently moved into a state of the art building valued at over 2 million dollars.

Dr. Owens and his wife, Schery (also a Bible college graduate) have been successfully married for 39 years. They have four children, all of which are Bible college graduates and faithfully attending church and serving God with their lives to this day. It is estimated that nearly 300,000 people have been saved thus far during the course of this man’s 42 year ministry. In 2019 he founded The Practical Bible Baptist College and is currently the president of it.

Dr. Owens is known to have a unique blend of conviction and compassion. He and his family have undergone many attacks from the devil but have stayed true to their old-time beliefs and have continued to love God and others. Through the grace of God it is his goal to finish the next 20 years of his ministry with the same fervor and commitment to building God’s kingdom as God has allowed him thus far.